Beijing . Chinese side reflected their great interest in planning visit to Nepal with friends and families in the near future. They reflected such intrest when  Nepal Association of Tour & Travel Agents (NATTA)  finally blown the bugle of Nepal Promotion in China in Beijing on 14th June afternoon at Hotel Sun World Hotel Nepal Tourism Board also presented a short narrative on Nepal Tourism and that was followed by show of Documentaries on Nepal’s cultural and natural heritages. The program began with welcome address by Nepal’s Ambassador and audio-visual presentations on Nepal’s tourism attractions which seem to have lured the Chinese tour operators a lot. President NATTA Madhu Sudan Acharya answered all the queries raised and gave his concluding remarks. The B2B session that followed was quite lively and all the Nepalese travel trade entrepreneurs were attended personally by the Chinese operators. They collected various information as to how the potential travelers to Nepal could make their trip relatively   easier and comfortable.

Speaking on the occasion Ambassador Poudyal stressed on the fact that Nepal and China were closely connected geographically as well as culturally. He further said, Nepal-China relationships are based on the five principles of peaceful co-existence.

Nepal has great expectations for a socio-economic transformation from China’s initiation of OBOR already signed by Nepal, he added. He also hinted on the importance of Lumbini for Chinese Buddhists as it is the Birthplace of Shakyamuni Buddha. Ambassador Poudyal gave eight reasons why Chinese citizens should travel to Nepal.

Xu Lejiang, general secretary of China Chamber of Tourism committed to support Nepal in its efforts to gain more of Chinese tourists in Nepal. He also said that soon CCT and NATTA will be jointly introducing strategies to promote Nepal in China.

NATTA President Acharya underscored the importance of tourism not only as a business but also as a bridge to bring the people of both the countries to a close proximity. Acharya referred to the challenges confronted by tourism industry of Nepal in the recent past and the measures adopted to eliminate those challenges by way of raising the image of the country as a most coveted destination among the people of the region and globally as well.

He also pointed out about the second International airport in offing and the addition of new aircrafts for Nepal Airlines which will be operating to China. Tourism to-day is looked at as an industry of national priority, he added.

NATTA had earlier launched China Sales Mission-2017 in Chengdu, Guangzhou and Hangzhou on 8th, 9th and 12th June. NATTA has been promoting Nepal in China on regular basis with the support of NTB for the last several years. 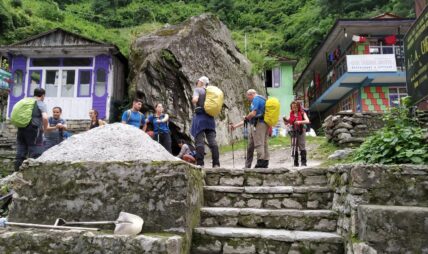